In honor of Halloween it is a good time to do a post about monsters. Australia still has plenty of them, but before the megafauna extinction that took place when humans arrived there (and got worse when the humans were joined by an Australian's best friend, the dingo), there were a lot more very impressive monsters and giant animals in Australia.

One of those was Zygomaturus trilobus whom the linked article's authors call Ziggy for short.

Ziggy had a big tusk tooth. 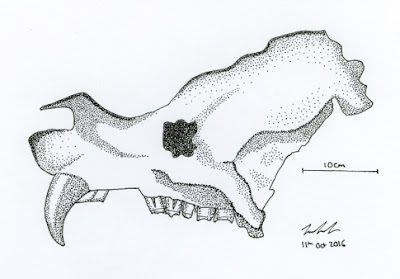 Ziggy was also quite large and rather bear-like. 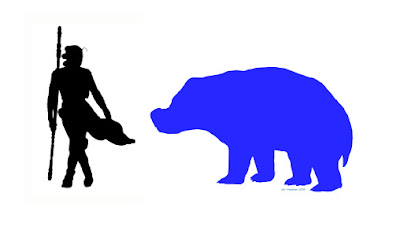 Remains of Ziggy's kind have been found over man places in Australia (the map also shows the distribution of other extinct megafauna). 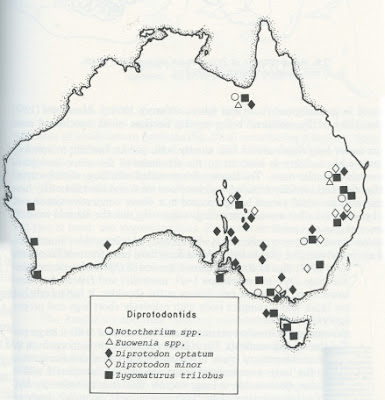 Did you see this article on earliest AMHs cave site in inland Australia?
http://arstechnica.com/science/2016/11/first-discovery-of-50000-year-old-human-settlements-in-australian-interior/

I did but found it barely blog worthy as it merely confirms considerable evidence of that date already in existence.