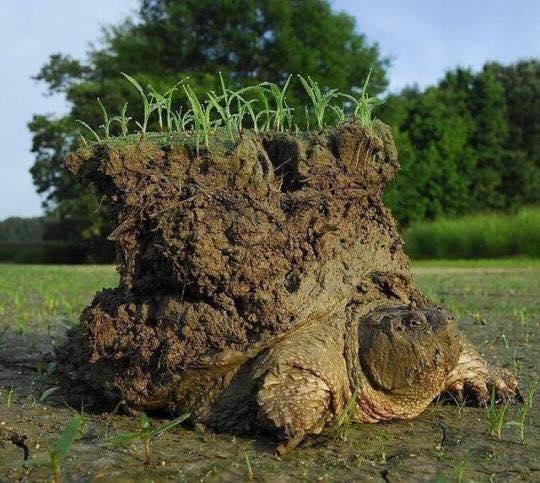 Uh AlanL... there's no elephants in the Americas. Which is what Turtle Island refers to.

It is a real photo of a turtle that has just come out of hibernation. They dig in wet ground and spend most of the winter there. This will come off the first time it dives into water.

that's very interesting thanks. i thought it was a real turtle, and either photoshopped dirt or some photographer decided to put mud on that turtle then picture it. i didnt think turtle put that mud on its back itself

@Ryan That was a reference to the Terry Pratchet's Diskworld series of novels, in which the (main title) Diskworld was an actual world that was in the shape of a disk that was on top of four elephants slowly rotating on the top of a (very, very large) turtle.