Solar Winds Are A Major Factor In Causing Earthquakes 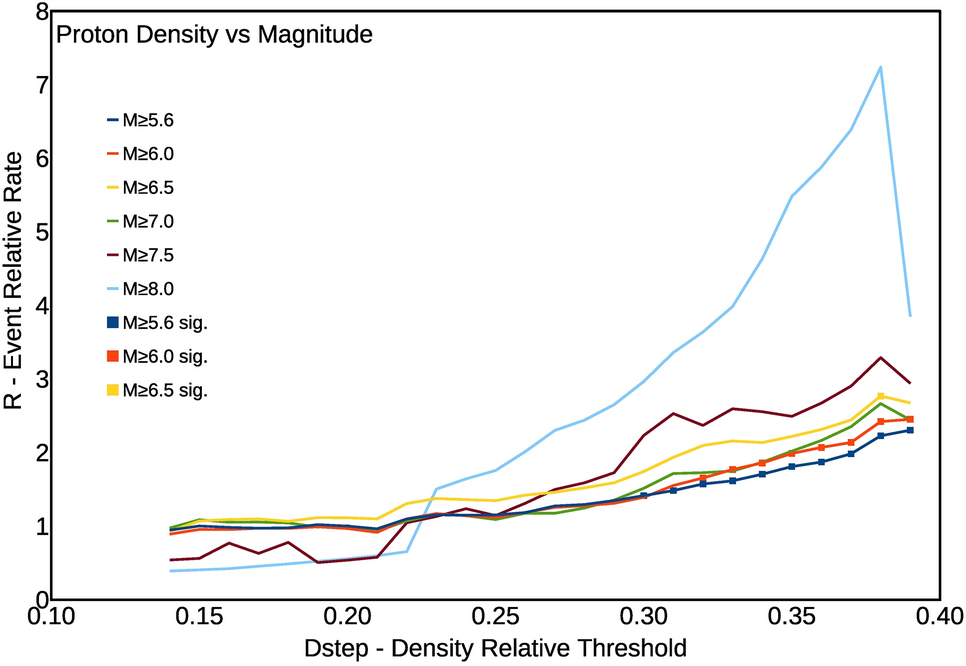 An ability to predict major earthquakes (even if imperfect) has immense potential benefit to public safety. It doesn't really even matter if we aren't 100% sure why it works.

Large earthquakes occurring worldwide have long been recognized to be non Poisson distributed, so involving some large scale correlation mechanism, which could be internal or external to the Earth. Till now, no statistically significant correlation of the global seismicity with one of the possible mechanisms has been demonstrated yet.

In this paper, we analyze 20 years of proton density and velocity data, as recorded by the SOHO satellite, and the worldwide seismicity in the corresponding period, as reported by the ISC-GEM catalogue.

We found clear correlation between proton density and the occurrence of large earthquakes (M > 5.6), with a time shift of one day. The significance of such correlation is very high, with probability to be wrong lower than 10^–5. The correlation increases with the magnitude threshold of the seismic catalogue.

A tentative model explaining such a correlation is also proposed, in terms of the reverse piezoelectric effect induced by the applied electric field related to the proton density. This result opens new perspectives in seismological interpretations, as well as in earthquake forecast.

summary
"It is important to note that our hypothesis only implies that the proton density would act as a further, small trigger to cause the fracture on already critically charged faults, thus producing the observed large scale earthquake correlation. Such a small perturbation would add to the main factor producing worldwide seismicity, which is tectonic stress."
This was a tortuous read and I am hesitant to cast doubt.

If it weren't in a reputable scientific journal I'd probably dismiss the results out of hand since they seem so weird. But that data seems to support the finding and has no obvious flaws and the correlation of Earthquakes in waves globally has been widely known for a long time.

So ... signals from the solar-embedded terraforming station then?

"Are Solar Winds a Factor in Causing Earthquakes" is perhaps a more appropriate title.
I've read through it again and the heading is just too emphatic.