The samples are only mtDNA and are from roughly 3500 BCE and 7500 BCE respectively, both predating the South Indian Neolithic Revolution. Both are mtDNA haplogroups generally associated with higher proportions of Ancient Ancestral South Indian autosomal DNA in modern populations and less old ancient DNA samples.

As expected, continuity from pre-farming times is greater for mtDNA which passes from mother to child, than for Y-DNA for which modern South Asia shows dramatic change from pre-farming eras, since in South Asia, genetic change was associated with conquest by male dominated groups that took local wives more often than colonization by gender balanced families. 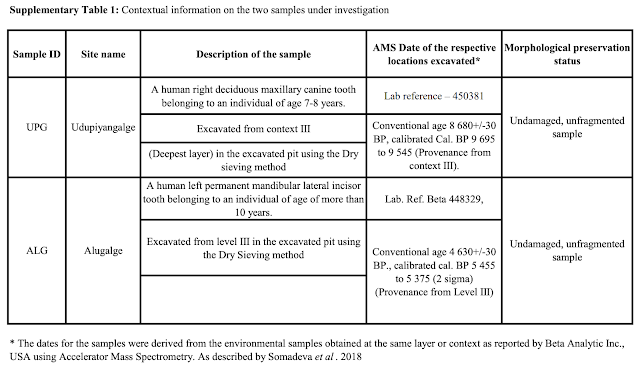 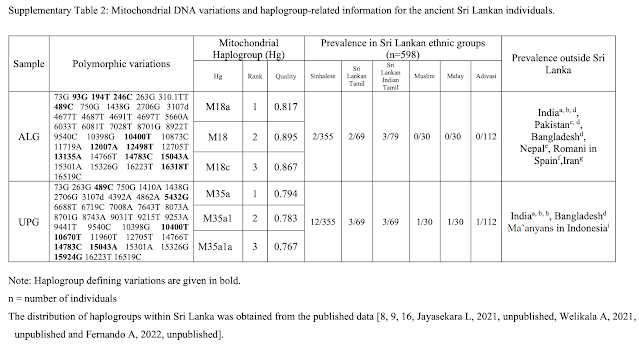 Sri Lanka is an island in the Indian Ocean connected by the sea routes of the Western and Eastern worlds. Although settlements of anatomically modern humans date back to 48,000 years, to date there is no genetic information on pre-historic individuals in Sri Lanka. 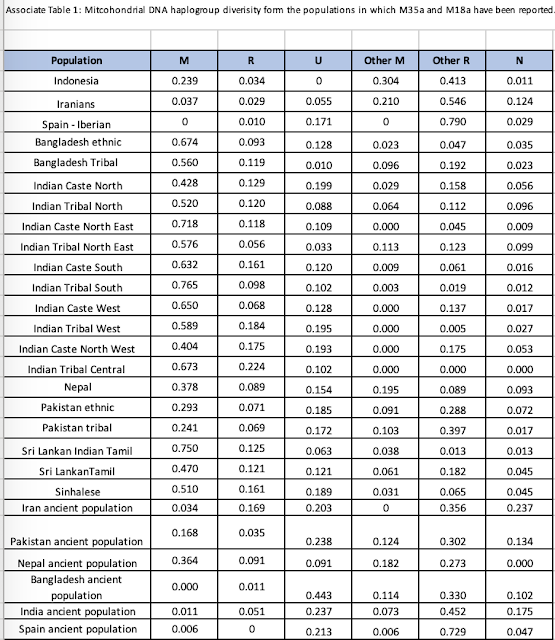