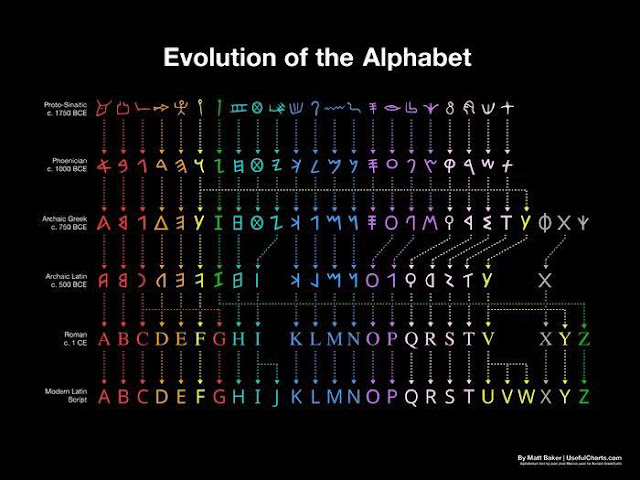 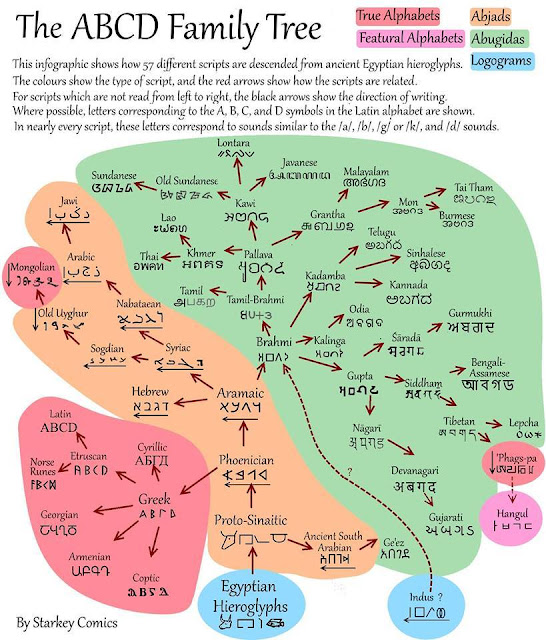 For what it is worth, I think that Indus script is probably not an alphabet or even a relatively comprehensive logogram system (where an image represents a concept linked to the symbol visually rather than to the sound made when it is spoken) like the hieroglyphic system or Chinese characters. It is more like a collection of logos and street sign symbols. I think that the same can be said of the Vinca script of the Balkans.

An abjad is a writing system in which vowels are not marked or only marked in an incomplete and secondary manner. An abugida is like an abjad, but each consonant has an secondary attached vowel notation. In a featural alphabet, like Hangul, the shape of the characters has a systematic relationship to the nature of the sounds that each letter represents.

Some of the evolutionary links are also somewhat debatable and many of the alphabets have multiple registers of letters based upon context (e.g. different fonts and capital v. lowercase and printed v. cursive letters in English).

Alphabets and script styles are areal features that do not indicate that the underlying languages have a "genetic" relationship to each other.
Posted 5:08 PM
Email ThisBlogThis!Share to TwitterShare to FacebookShare to Pinterest
Labels: Africa, culture, Europe, evolution, history, language, South Asia, Southeast Asia