Ancient DNA and context from a four thousand year old cemetery in Northern Serbia suggests that women tended to move away from their families to live with their husbands and could inherit a husband's status, but that it wasn't a strict patriarchy either, and that a man's status depended as much upon what he did in life as any inherited status.

It is notable that this probably Indo-European population is Y-DNA R1b rather than R1a dominated in this Balkan location.

Twenty-four ancient genomes with an average sequencing coverage of 0.85±0.25 X were produced from the Mokrin necropolis, an Early Bronze Age (2,100-1,800 BC) Maros culture site in Serbia, to provide unambiguous identification of biological sex, population structure, and genetic kinship between individuals. Of the 24 investigated individuals, 15 were involved in kinship relationships of varying degrees, including 3 parent-offspring relationships. All observed parent-offspring pairs were mother and son. In addition to the absence of biological daughters, we observed a number of young women and girls with no biological relatives in our sample. These observations, together with the high mitochondrial diversity in our sample, are consistent with the practice of female exogamy in the population served by Mokrin. However, moderate-to-high Y-chromosomal diversity suggests a degree of male mobility greater than that expected under strict patrilocality. Individual status differences at Mokrin, as indicated by grave goods, support the inference that females could inherit status, but could not transmit status to all their sons. The case of a son whose grave good richness outstrips that of his biological mother suggests that sons had the possibility to acquire status during their lifetimes. The Mokrin sample resembles a genetically unstructured population, suggesting that the community’s social hierarchies were not accompanied by strict marriage barriers.

I can't find the link to the supplemental materials at bioRxiv. 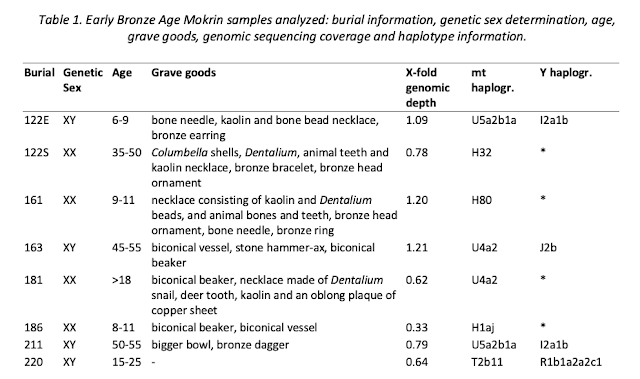 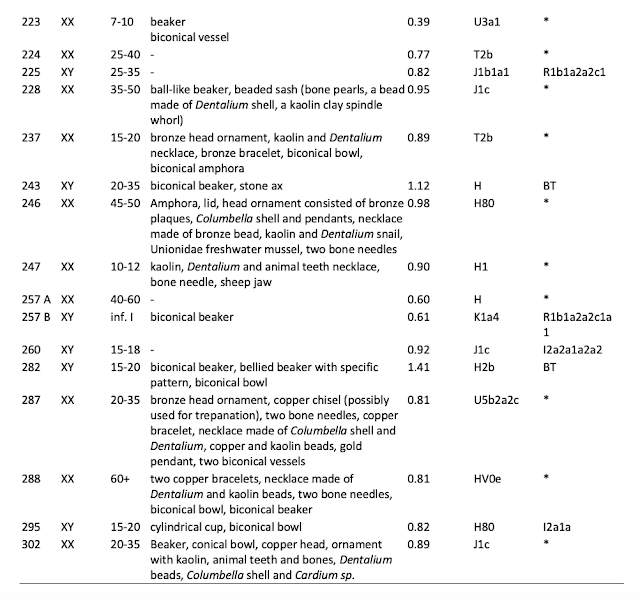 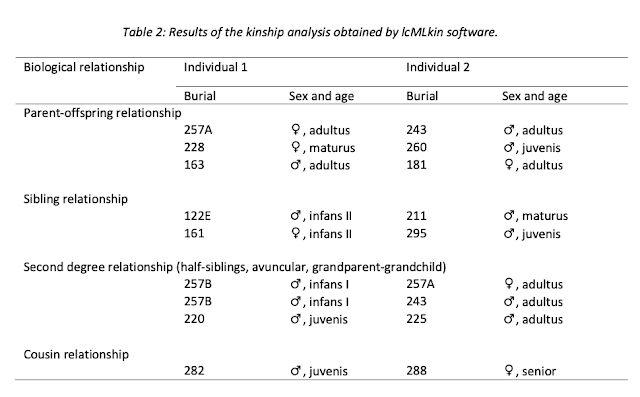 
Three of these early bronze age samples are the same branch of R1b as Albanians (Z2103) and one of them is J2b (almost definitely L283, like Albanians).

The J2b sample according to the paper is: