Hunter-gatherers weren't as unsophisticated as they are often assumed to have been. This small sculpture of a bird from Chine predates the invention of agriculture there by more than five thousand years.

Pottery also arose in East Asia prior to agriculture (primarily in sedentary communities that relied upon fishing for subsistence). In contrast, in the Levant, farming came first and pottery came second. 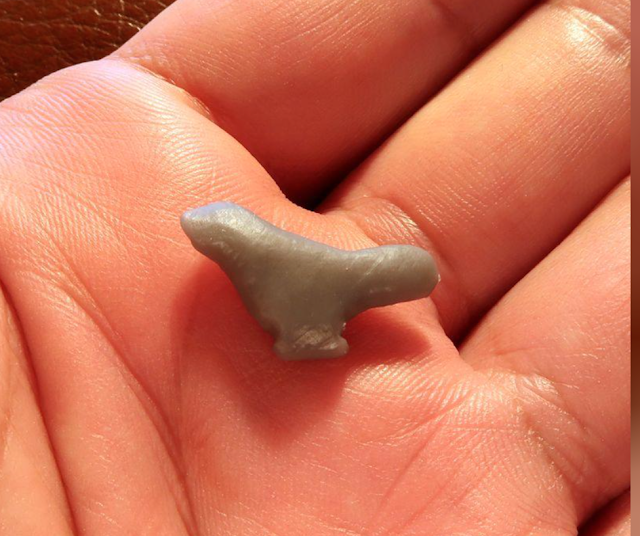 A tiny statuette of a bird carved from burnt bone about 13,500 years ago reveals the origins of Chinese art, embodying a style different from prehistoric three-dimensional artwork by people in other parts of the world, researchers said on Wednesday.

The figurine, found at a site called Lingjing in Henan Province in central China, depicts a standing bird on a pedestal and was crafted using stone tools employing four sculpting methods - abrasion, gouging, scraping and incision, the researchers said.

It is the oldest-known three-dimensional art from China and all of East Asia by 8,500 years, although there are primitive abstract engravings on bone and stone and personal ornaments made of animal teeth and shells predating it. . . .

Humankind’s earliest-known three-dimensional carvings, made of mammoth ivory, date to 40,000 years ago from southern Germany. . . .  It is still unclear whether three-dimensional artwork arose independently in various locales or by diffusion from a prehistoric center of origin. The figurine differs in size, style and technology from older and contemporaneous carvings from Europe and Siberia, d’Errico said, suggesting it belongs to a distinctive Chinese artistic tradition. 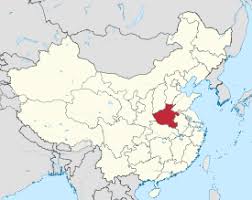 The recent identification of cave paintings dated to 42–40 ka BP in Borneo and Sulawesi highlights the antiquity of painted representations in this region. However, no instances of three-dimensional portable art, well attested in Europe since at least 40 ka BP, were documented thus far in East Asia prior to the Neolithic.

Here, we report the discovery of an exceptionally well-preserved miniature carving of a standing bird from the site of Lingjing, Henan, China. Microscopic and microtomographic analyses of the figurine and the study of bone fragments from the same context reveal the object was made of bone blackened by heating and carefully carved with four techniques that left diagnostic traces on the entire surface of the object. Critical analysis of the site’s research history and stratigraphy, the cultural remains associated with the figurine and those recovered from the other archeological layers, as well as twenty-eight radiometric ages obtained on associated archeological items, including one provided by a bone fragment worked with the same technique recorded on the object, suggest a Late Paleolithic origin for the carving, with a probable age estimated to 13,500 years old. The carving, which predates previously known comparable instances from this region by 8,500 years, demonstrates that three-dimensional avian representations were part of East Asian Late Pleistocene cultural repertoires and identifies technological and stylistic peculiarities distinguishing this newly discovered art tradition from previous and contemporary examples found in Western Europe and Siberia.


Another interesting paper from PLOS One with one of the same investigators from the same location involves an extremely early site whose hominin occupants may have been modern humans but could also have been archaic hominins of some kind.

Bone tools have thus far been found almost exclusively in association with modern humans and are extremely rare more than about 75,000 years ago. The authors conservatively assume that these tools were made and used by archaic hominins.

Most Chinese lithic industries dated between 300,000 and 40,000 are characterized by the absence of Levallois debitage, the persistence of core-and-flake knapping, the rarity of prepared cores, their reduction with direct hard hammer percussion, and the rarity of retouched flakes.

Here we report the discovery of seven bone soft hammers at the early hominin Lingjing site (Xuchang County, Henan) dated to 125,000–105,000. These artefacts represent the first instance of the use of bone as raw material to modify stone tools found at an East Asian early Late Pleistocene site.

Three types of soft hammers are identified. The first consists of large bone flakes resulting from butchery of large herbivores that were utilized as such for expedient stone tools retouching or resharpening. The second involved the fracture of weathered bone from medium size herbivores to obtain elongated splinters shaped by percussion into sub-rectangular artefacts. Traces observed on these objects indicate intensive and possibly recurrent utilization, which implies their curation over time. The last consists of antler, occasionally used.

Lingjing bone tools complement what we know about archaic hominin cultural adaptations in East Asia and highlight behavioural consistencies that could not be inferred from other cultural proxies. This discovery provides a new dimension to the debate surrounding the existence of the Middle Palaeolithic in the region. The attribution of East Asian sites to the Middle Palaeolithic assumes that cultural traits such as the Levallois method represent evolutionary hallmarks applicable to regions of the world different from those in which they were originally found. Here, we promote an approach that consists in identifying, possibly from different categories of material culture, the original features of each regional cultural trajectory and understanding the behavioural and cognitive implications they may have had for past hominin populations.