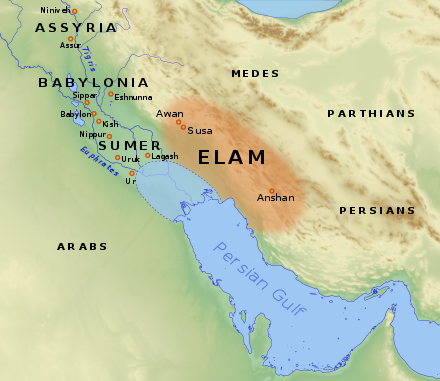 The Elamite language of the ancient Elam Empire in what is now Iran, is one of the best known undeciphered languages. A French scholar now claims to have deciphered its script, neck and neck with Sumerian and Ancient Egyptian as the oldest known scripts in the world that are truly proper languages and not just a collection of select symbols. I'll try to confirm the find further as time allows. The report appears to be based upon a conference presentation rather than a peer reviewed journal publication.

François Desset took ten years to decipher linear Elamite and its mysterious symbols inscribed on tablets discovered in 1901.
Writing was desperately seeking reader. Linear elamite, discovered on clay tablets in 1901, has so far remained a mystery. Until the archaeologist François Desset finally deciphers it, after ten years of research. A discovery relayed by Science and the Future . This phonetic script was used in a kingdom that flourished between the 3rd millennium BC and the 2nd millennium BC. It was discovered in 1901, when archaeologists discovered mysterious symbols on vases and several objects buried under the ancient site of Susa, Iran. 4,500 years ago, the country was called Kingdom of Elam, hence their choice to give this name to writing.

I've said some unkind things about other would-be decipherers, Woudhizien being the worst but also Cyrus Gordon on Linear A (I actually think he got the technical vocab right, but that can't be extended to the whole language).

I've read Besset on those formulaic vessels. This man works carefully. His decipherment stands a good chance for replication by others. Buried in the blogs you've linked (correctly! :^) is also the identification of this script with the Elamite language, which is certainly the "Plan A" as it was for Linear B with Arcadian/Cypriote Greek.

If his translation of Linear Elamite will be confirmed, it will possibly crack the mysteries surrounding the sai d language and its possible (and plausible, hopefully) relationships.

Display name for who said...

Who was their closest ancestor? That may be an answer to something. You are telling me noone kmows this language? In one of the lands of this language they had more than one verse in different languages etched into a rock. That was supposed to help translate some. One was linear elamite, or they may have changed the name

The problem is that we don't know very definitively who their closest ancestor was (i.e. from which historic cultures they were derived), nor do we know very well if the subsequent residents are in close continuity with them.