There are two main scientific collaborations that summarize the state of current experimental data on the physical constants of the Standard Model and hadron physics: the Particle Data Group (PDG) and the Flavour Lattice Averaging Group (FLAG).
The bottom lines of the two collaborations are largely consistent, with FLAG claiming smaller uncertainties, although there are some moderate tensions between the averages in CKM matrix element values.
FLAG has just published its 2021 update. Don't read the whole thing (it's 418 pages long).
The values of most of the Standard Model physical constants that aren't evaluated by FLAG (the three charged lepton masses, the W and Z boson masses, the Higgs boson mass, Fermi's constant, the electromagnetic force coupling constant, and Planck's constant) are already known to similar or higher precision than the most precisely determined physical constants that it evaluates. The top quark mass isn't very amenable to lattice QCD methods and is better measured directly.
FLAG also doesn't evaluate the PMNS matrix elements (applicable to neutrino oscillation) and neutrino mass physical constants.

When more than one numbers is quoted, I use MS scheme values for the most complete model. I also quote the comparable PDG values, which are consistent with the FLAG values, except as noted in bold.

A technical detail regarding the quark masses

FLAG also quotes masses for the Renormalization Group Independent (RGI) scheme, which is arguably a better benchmark. But this scheme is less familiar and less useful for comparisons from other sources, so I omit them here. Generally, speaking those results are approximately proportionately more massive.

Treating the discrepancy as true uncertainty, however, the relative uncertainty is still about 0.7%.

Treating the discrepancy as true uncertainty, however, the relative uncertainty is still about 0.07%. 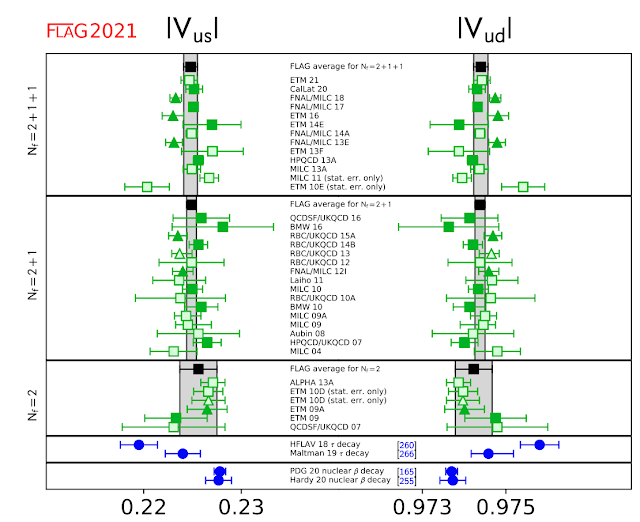 FLAG updates its estimate of the strong force coupling constant value, at the Z boson mass, in five flavor QCD: 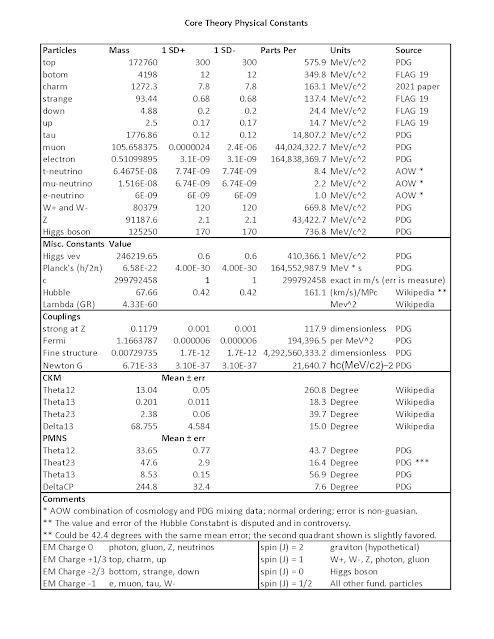 New paper on Denisovans if you are interested. Behind a paywall though.

Thanks for the heads up!