There are only a few non-African purportedly modern human skeletal remains prior to 100,000 years ago, when they are first modern human remains are seen in the Levant. These are the Dali Man remains "discovered by Shuntang Liu in 1978 in Dali County in the Shaanxi Province of China" which are claimed to be 209,000 years old. Images of these remains can be found here. 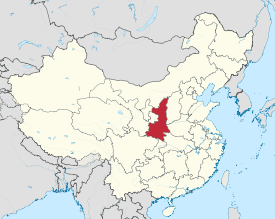 The Dali Man find is described in the Wikipedia link above as follows:

The Dali cranium is interesting to modern anthropologists as it is possibly an ideal specimen of an archaic Homo sapiens. It has a mixture of traits from both Homo erectus and Homo sapiens. The details of the face and skull are however distinct from European Neandertals and earlier European hominids like the finds from Petralona and Atapuerca.

The skull is low and long, though the posterior end of the skull is rounded, unlike the contemporary broad-based H. erectus or top-wide skull of modern humans. It does however bear a prominent sagital crest, a trait found in H. erectus but in few modern humans. The brain appears to have been sitting mainly behind the face, giving an extremely low forehead. The cranial capacity is estimated to around 1,120 cc, at the lower end of the modern human range, and upper end of the H. erectus range. The base of the cranium is less robust than in H. erectus. The posterior margin lacks the heavy neck muscle attachment seen in that group. Unlike the distinct tubular form seen in H. erectus, the tympanic plate is thin and foreshortened, a condition similar to that of modern humans.

Unlike H. erectus skulls, the Dali skulls lack the "pinched" look between the face and the cranial vault.

The face is topped by massive brow ridges. The ridges curve over each eye, unlike the straight bar-like ridges seen at the Peking man material from Zhoukoudian. The curvature is more similar structurally to the brow ridges in archaic humans from Europe and Africa. The cheek bones are delicate, and the nasal bone flattened, again a curious combination of traits. During fossilization, the upper jaw has been fractured and dislocated upwards, giving the cranium the appearance of having a very short face. If reconstructed, the face would be probably be similar in overall dimensions to that of the Jinniushan man skull.

Dali Man and the Jinniushan cranium rival in age some of the oldest anatomically modern human remains from Africa. But, my own take is that Dali Man is simply a highly evolved descendant of Homo Erectus, arguably deserving a new species name, perhaps Homo Denisovia, if he is of the same species as the Denisovians, which seems likely given his proximity in time and geography. He may have evolved some Homo Sapien-like traits in parallel to modern humans, but the more plausible reading of the totality of the facts is that neither Dali Man nor Jinniushan man are in any way genetically descended from modern humans.

Then, there is also "Maba Man, a 120 to 140,000 year old fragmentary skull from Guangdong in China shows the same general contours of the forehead." As explained in the image link above:

The Maba cranium, dated to approximately 120,000 years ago was discovered in 1958 in the southern Chinese province of Guangdong. . . . It was initially thought to be an Asian Neandertal but does not in fact show any of the derived features of Neandertals as known from Europe and the Near East. The Maba skull is similar to other more complete finds . . . subsequantly found in China, differing only in minor ways, such as the size and shape of the orbits and nasal bones. Maba is also somewhat reminiscent of the recently discovered Narmada skull from India.

Maba Man too seems more likely to be a late evolutionary stage of Asian Homo Erectus than any form of Homo Sapien, hybrid or otherwise. The Narmada cranium from central India dated to 236,000 years ago, to which these finds are often compared is likewise probably a Homo Erectus, although from a West Eurasian, rather than an East Asian subspecies.

Indeed, Maba Man shows continuity of the Homo Erectus species in Asia pretty much right up until modern humans arrive, admix with a species that is genetically kid to the Denisovian remains in Siberia, which then goes extinct upon contact with modern humans, just like the Neanderthals and many species of megafauna.

As an aside, it is interesting to note that Japan's major megafauna extinction took place around 12,000 years ago, even though it was inhabited by the modern human Jomon people from perhaps as much as 35,000 years ago. In other places, like North America and Australia, megafauna extinctions followed much more quickly after the arrival of modern humans and it isn't clear why Japan was different.

What you discuss here is very interesting, although I would not call the Steinheim specimen an "Homo erectus" but rather, as is usually the case, Homo heidelbergensis (believed to be the precursor of Neanderthals).

Now that you mention I do realize that Steinheim does share a family air with Bodo. But is this family air product of direct relatedness or mere preservation of the generic ancestral traits of the Homo sp. taxon?

The Narmada skull is probably a local variant of H. heidelbergensis and its most closely related to H. neanderthalensis (specially but not only) because its high cranial capacity. However the lack of any form of Mousterian in South Asia suggests that it is a subcontinental distinct species and not just more Neanderthals.

Whatever the case that is very different from Homo erectus, specially in the narrow sense of East Asian Homo erectus (Java and Peking men as archetypes).

Not just Japan: the extinction of megafauna in most of Eurasia was not abrupt at all and, if anything, was clearly influenced by climatic changes like the end of the Ice Age and not just the arrival of modern humans. As far as I know the Asian elephant is still with us, as are so many other megafauna kinds of Tropical Asia specially - but not just Tropical: Siberian tiger, European auroch and bison, Eurasian horse... all them survived until recently (even the American bison survived as well).

The Japanese megafauna extinction was abrupt, but delayed. That is what makes the case so intriguing.

Submilimetrical slicing of fossil sediments at Lough Monreagh in Ireland showed that biological activity stopped within months, a year at most. It would be like taking Ireland and moving it up to Svalbard, in the Arctic Ocean, said led researcher William Patterson.

That sudden climate change probably killed the Japanese megafauna and much of the rest of the subarctic megafauna (maybe in addition to already existing human pressure).