A feature article at the Physics Forums has a nice review of the history of efforts to determine neutrino mass and speed, and the latest developments on that front.

A measurement comparing the time of arrival of light and neutrinos from a distant supernova in 1987 capped the maximum neutrino mass at 6 eV. Beta decay experiments, taken together with mass difference data from neutrino oscillation measurements, imply that none of the three neutrino masses can be more than 2 eV.

New experiments whose results will probably be available within the next five to ten years, and possibly sooner, will be able to tell us if the neutrino mass hierarchy is "normal" or "inverted", greatly reducing the uncertainty in the absolute neutrino mass measurement.  A new supernova like the one in 1987 would also give us much more accurate information about neutrino mass than that one did because current astronomy observations are much more precise. 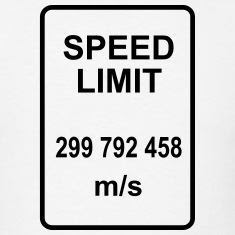 [A]1 MeV neutrino from a nuclear reaction with a mass of 1 eV travels at roughly (1-10-12) times the speed of light. For a 1 GeV neutrino from an accelerator this gets even worse with (1-10-18). While light travels 1000 kilometers, the neutrino just gets behind by 1 nanometer or 1 femtometer respectively.

A previous OPERA report that neutrinos traveled slightly faster than the speed of light was ultimately determined to be due to a loose cable connection in their detector.

As noted above, since it is difficult to be sufficiently precise, Earth bound neutrino speed measurements are largely useless for purposes of determining neutrino mass.

But, these measurements do provide a good way to directly measure the constant "c" (the speed of light in a vacuum). And, they also provide excellent proof of Einstein's law of special relativity, because neutrinos whose momenta differ by a factor of thousand differ in speed by only a little less than one part per trillion, meaning that their speeds are indistinguishable to the most precise measurements of speed known to mankind.

A comment to the article notes that the T2K experiment's data is a best fit to a "normal" mass hierarchy and maximal CP violation, and references a conference presentation to that effect.

Given that three of the possibilities round to 4 expected events, and that the other three round to 5 expected events, and that there is some random variation, an actual event count of 3 isn't terribly informative, but does tend to disfavor the scenarios that expect higher numbers of events so far.  There is even a 20% change that all of the three measured events are actually only background noise, for which 0, 1 or 2 events would be much more likely, but 3 events wouldn't be that unusual.  Even with more exactly analysis the odds that the results are just background noise can't be reduced below about 13%.

The parameters of the simplest neutrino mixing model has three mixing angles, a CP violation phase, and the two mass eigenvalue differences described above, as well as a determination of whether the mass hierarchy is "normal" or "inverted" and the absolute masses of the neutrino types.

There are decent measurements of all three mixing angles and the two mass differences, but the "normal" v. "inverted" mass hierarchy, the absolute masses of the neutrion types, the CP violation phase, and the "quadrant" of one of the mixing angles (i.e. is it a few degrees over or under 45 degrees) remain unresolved.

Also unresolved is the question of whether the mass of neutrinos is "Dirac" like all of the other Standard Model fermions, or "Majorana" which would be the case if a neutrino was its own antiparticle.  This best experimental data to resolve this is neutrinoless beta decay experiments which are not yet quite precise enough to resolve the issue.  If neutrinos have Majorana mass (at least in part), then they can violate "lepton number" conservation in neutrinoless double beta decay events, and additional parameters not mentioned above are necessary to describe them.

Another unanswered question, which is important to cosmology, is the ratio of neutrinos to anti-neutrinos, and the ratio of neutrino generations, the universe.  Since the number of neutrinos in the universe vastly outnumber the number of charged leptons in the universe, this ratio is critical to determining the aggregate lepton number of the universe (a quantity conserved in all interactions in the Standard Model except in vanishing rare high energy sphaleron interactions that are theoretically possible but have never been observed and still conserve the quantity B-L; they convert baryons to antileptons and antibaryons to leptons), which has important implications for cosmology and fundamental physics.  But, while it is hard to measure a neutrino at all, it is harder still to determine if what one is measuring is a neutrino or an antineutrino, although the task is not in principle impossible, and there are hints that antineutrinos greatly outnumber neutrinos in the universe.  In contrast, there are quite accurate estimates of the baryon number of the universe.  It is not known if dark matter, if it exists, has either baryon number or lepton number or some equivalent conserved quantity (such as R-parity if dark matter consists of supersymmetric particles).

While the answers may not be definitive by then, I strongly suspect that we will have strongly suggestive data on all of these questions by the year 2020.

There has been some speculation that the universe also has "sterile neutrinos" which unlike normal neutrinos, do not interact via the weak force because they are "right handed" in the ordinary matter state, and "left handed" in the antimatter state, but which still might oscillate with ordinary neutrinos.  I predict that no such particles exist, although it don't entirely rule out a "dark matter" particle of some mass that behaves like a sterile neutrino of some mass, but does not oscillate with the three ordinary neutrinos.

Ordinary neutrinos are not a fit to explain "dark matter" phenomena because they are too light, in the aggregate, to provide sufficient mass, and have too high an average speed due to their low mass, to give rise to the kind of dark matter phenomena driven structure observed in the universe.  But, a single kind of keV mass scale particle with the properties of a sterile neutrino (except neutrino oscillation) would fit the experimental dark matter data fairly well.
Posted 4:05 PM
Email ThisBlogThis!Share to TwitterShare to FacebookShare to Pinterest
Labels: cosmology, dark matter, intellectual history, neutrinos, physics, predictions