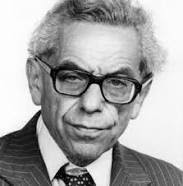 It took more than 80 years, but a problem posed by a mathematician who delighted in concocting tricky ones has finally been solved.

UCLA mathematician Terence Tao has produced a solution to the Erdős discrepancy problem, named after the enigmatic Hungarian numbers wizard Paul Erdős. Tao’s proof, posted online September 18 at arXiv.org, shows that the difference (or discrepancy) between the quantities of two elements within certain sequences can grow without bound, even if someone does the best possible job of minimizing the discrepancy.

The full proof is here.  A post about the proof at Terence Tao's blog is here.

Basically, Tao has proved that a special kind of series of alternating +1 and -1 terms added together is infinite, even though it would seem naively that the +1 and -1 terms of the series would balance out.

This conjecture has been around for more than eighty years and was published as one of a group of unsolved problems in mathematics by Paul Erdős in the article "Some unsolved problems," 4 Michigan Math. J. 299-300 (1957).