I've clipped key conclusions from many of the leading neutrino physics presentations at Moriond 2021, one of the biggest physics conferences of the year, this year held virtually.

There is still no sign of neutrinoless beta decay, sterile neutrinos are strongly disfavored (including the RAA, i.e. reactor antineutrino anomaly, which is strongly disfavored), and there is no strong evidence of non-standard neutrino interactions although they aren't ruled out as strongly. The number of active neutrino species determined using W/Z boson decays is exactly three to precision greater than ever previously measured.

Direct limits on the absolute neutrino mass have dropped to 900 meV and promise to drop to 200 meV but are still far weaker than indirect limits. Zero CP violation in neutrino oscillation is ruled out at about two sigma, and the best fit is to near maximal CP violation of -π/2. Measurements of other neutrino oscillation parameters is making slight and inconclusive progress at best. 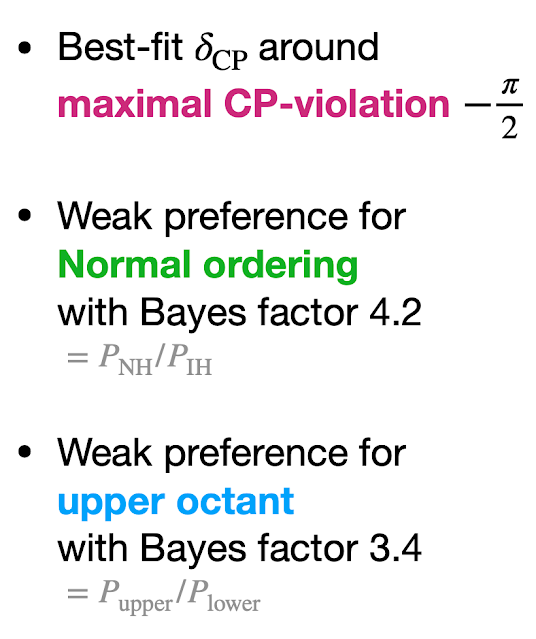 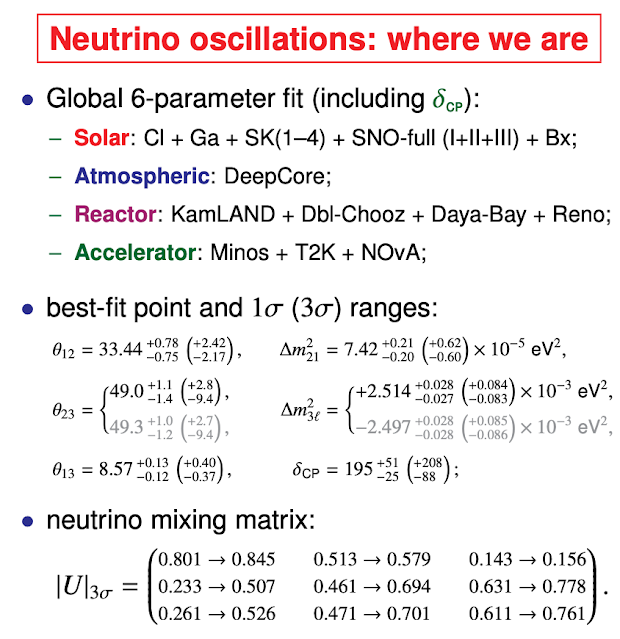 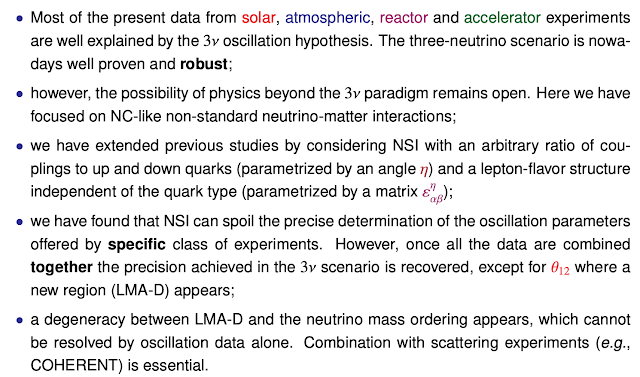 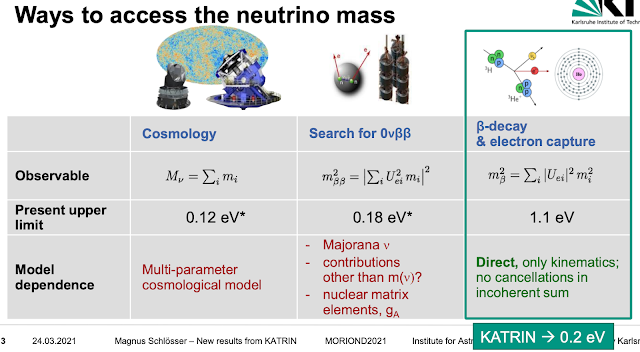 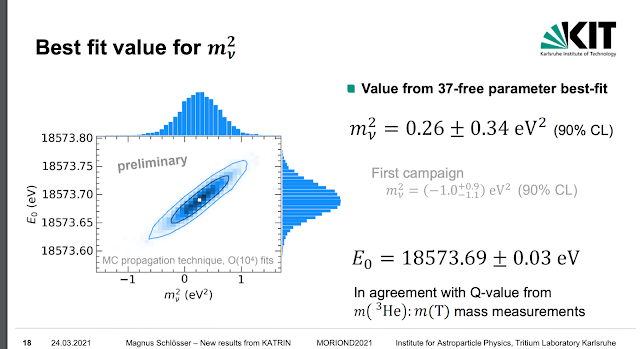 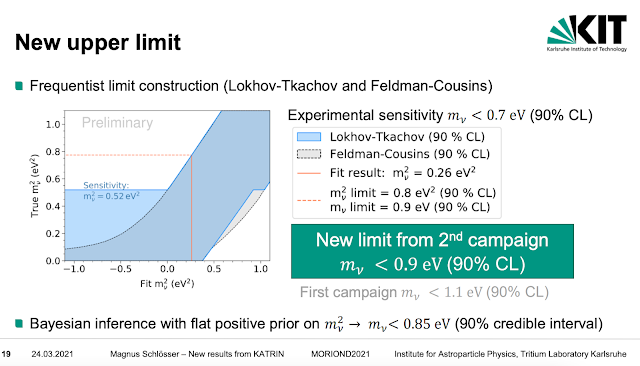 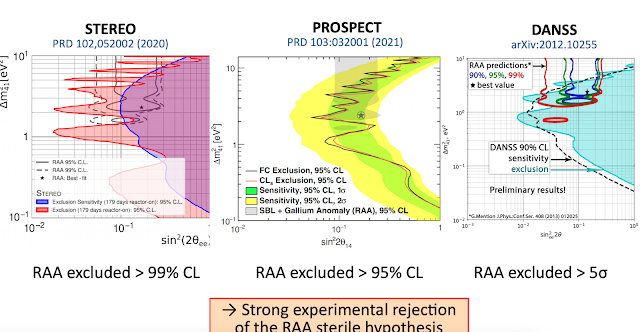 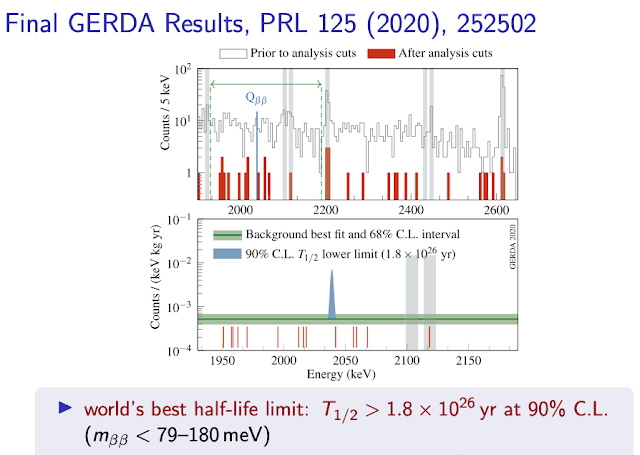 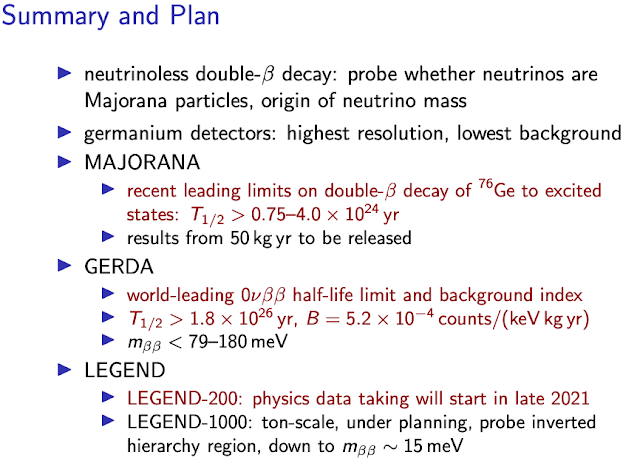 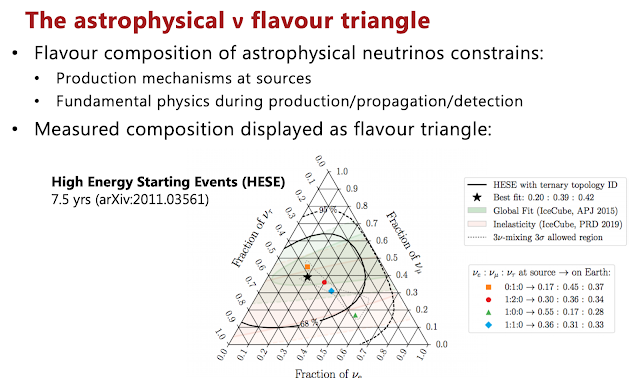 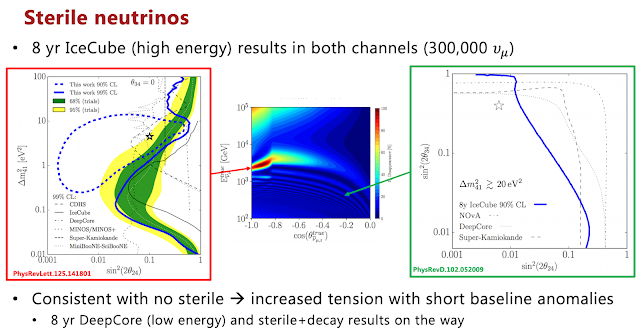 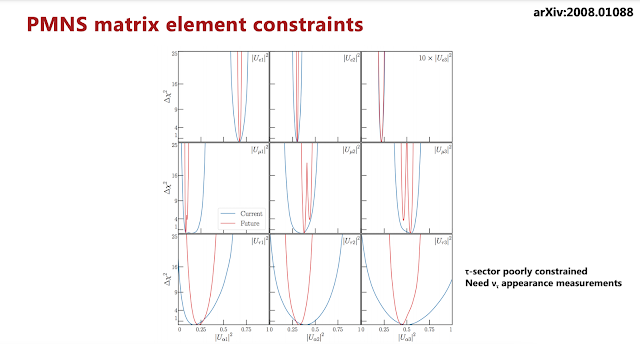 Posted 8:55 AM
Email ThisBlogThis!Share to TwitterShare to FacebookShare to Pinterest
Labels: neutrinos, physics