A newly genome tested population in the Philippines with the highest levels of Denisovan ancestry of any modern human population (in addition to Neanderthal admixture) tweaks but does not dramatically alter the current paradigm regarding ancient Denisovan admixture.
It does make H. luzonensis a much stronger fossil candidate for Denisovan remains. But, that find doesn't provide all that much to go on (nor do the sources of ancient Denisovan-like DNA). 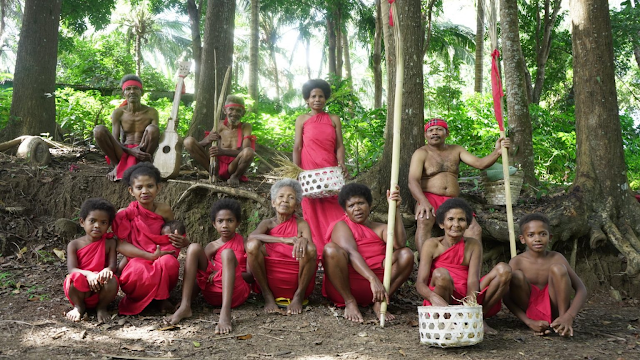 Denisovans are an elusive bunch, known mainly from ancient DNA samples and traces of that DNA that the ancient hominids shared when they interbred with Homo sapiens. They left their biggest genetic imprint on people who now live in Southeast Asian islands, nearby Papua New Guinea and Australia. Genetic evidence now shows that a Philippine Negrito ethnic group has inherited the most Denisovan ancestry of all. Indigenous people known as the Ayta Magbukon get around 5 percent of their DNA from Denisovans, a new study finds.
This finding fits an evolutionary scenario in which two or more Stone Age Denisovan populations independently reached various Southeast Asian islands, including the Philippines and a landmass that consisted of what’s now Papua New Guinea, Australia and Tasmania. Exact arrival dates are unknown, but nearly 200,000-year-old stone tools found on the Indonesian island of Sulawesi may have been made by Denisovans (SN: 1/13/16). H. sapiens groups that started arriving around 50,000 years ago or more then interbred with resident Denisovans. . . .
Only a handful of confirmed Denisovan fossils exist. Those consist of a few fragmentary specimens from a Siberian cave where Denisovans lived from around 300,000 to 50,000 years ago (SN: 1/30/19), and a roughly 160,000-year-old partial jaw found on the Tibetan Plateau (SN: 5/1/19).
Fossils from the Philippines initially classed as H. luzonensis, dating to 50,000 years ago or more (SN: 4/10/19), might actually represent Denisovans. . . .

Geographic ancestry patterns on Southeastern Asian islands and in Australia suggest that this region was settled by a genetically distinct Denisovan population from southern parts of mainland East Asia, Teixeira and his colleagues reported in the May Nature Ecology & Evolution.

Interestingly they speak an Austronesian language. So one can imagine the Denisovan ancestry being higher before dilution from the arrival of Austronesians.

@DDeden Thanks for the link.

This makes me happy. We need all the genetic diversity we can get.