The Makings Of Hungary

Hungary is one of the most notable examples of a population that experienced elite driven language shift (to the Uralic language of their Magyar conquerors), without experiencing much population genetic (a.k.a. demic) change in the long run. Razib Khan has posted a stunning short history of it.

True wholesale population replacement has been rare in the post-Bronze Age era, when the broad outlines of the genetic makeup of modern Europe were largely established, although the conquering Turks in Anatolia and the Uralic people in Finland both gave rise to more genetic introgression than the Magyars in Hungary. (The non-conquering Jews and Gypsies in medieval Europe roughly contemporaneously with the Magyars in Europe, had even less of a demic impact on the general European population.)

We know a lot about how this happened because it happened in the historic era recorded by contemporary scribes, and because ancient DNA for Conqueror graves in Hungary rule out alternative hypotheses.

Linguistic and genetic data show that their Magyar language and people were more closely connected to that of the modern Mansi and Khanty people of Siberia (who combined number under 50,000 speakers today), than to the Finns, Saami, Karelian and Estonian peoples in the vicinity of the Baltic Sea, which split linguistically around 2000 BCE to 1000 BCE (with genetic data favoring a more recent date, around the time of Bronze Age collapse, than linguistic estimates). 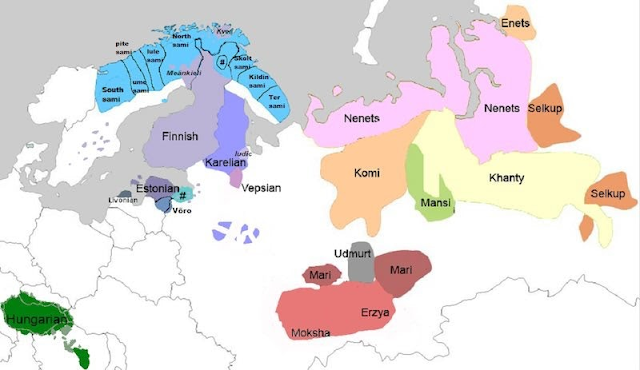 But, the Magyar language also borrowed words from Iranian and Turkish peoples (probably in that order), who were also nomadic pastoralists of the Eurasian steppe, the most western extent of which includes Hungary. 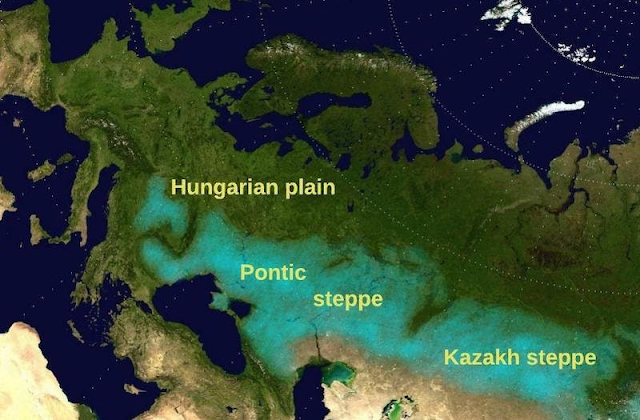 Prior to their entry into Europe just before 900 CE, they were subordinate partners in coalitions with Iranian and then Turkish nomadic pastoralists. The Huns, who harried the late Roman Empire, in contrast, were linguistically and ethnically Turkish. Notably:

The first attestation of Magyars refers to their service as mercenaries under the Bulgar Khan in 831 AD. From this date, historians can trace the migration of the Magyars westward in annals of Byzantine historians, until they enter Europe just before 900 AD. Despite their coexistence with Iranian and Turkic people for thousands of years, and a strong cultural imprint of both of these groups on the Magyars, they somehow managed to preserve their ethnolinguistic identity. The same cultural continuity persists down to the present. While the ancient Bulgarians spoke a Turkic language, rather than the Slavic speech dominant there today, the modern Hungarians speak a language descended directly from pastoralist Magyar forebears.

[G]raves of elite Magyars, the Conquerors, dated to the period between 1000 and 1200 AD. About 30% of the Y-chromosomal lineages in these graves were East-Eurasian haplogroups, where we see fewer than 5% among modern Hungarians. The mtDNA from these samples shows a substantial East-Asian origin, nearly 40%, as opposed to the 1% in modern Hungarians. . . . Even the Siberian Mansi and Khanty are only 25%-33% East Eurasian in their mtDNA haplogroups, whereas medieval Magyars were 10-20%.

The only notable exception to that rule that comes to mind is Japan, where indigenous fisher-gatherer Jomon source Y-DNA is found in a very substantial proportion of the modern Japanese population, while Jomon source mtDNA is much less frequent (despite the fact that there are almost no traces of the Jomon language in the modern Japanese language).

Also notable is the the survival of pagan beliefs to a late date, and even into the modern era, more closely tracks mtDNA than Y-DNA, among Uralic peoples. This lines up with the evidence from psychology and sociology that women tend to be more religious than men.

First, the Magyar elite swiftly converted to Western Christianity and allied itself with Western Europe, after a half century period of raiding across Western Europe all of the way to Spain, the boot of the Italian Peninsula, and Belgium, against weak, disorganized, divided and undisciplined local feudal nobles. 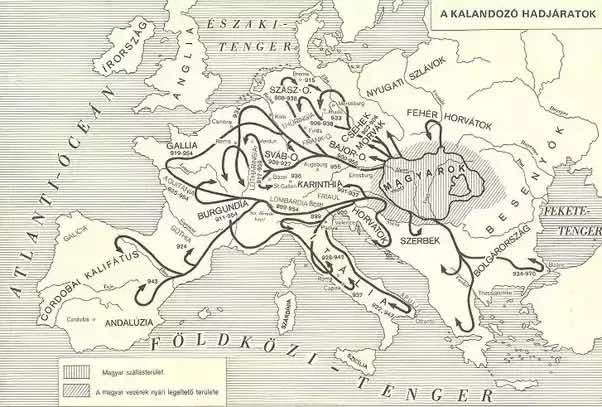 Second, the Magyar elite actively participated in these wars and their own internal civil wars, not infrequently suffering catastrophic defeats.

In 1241 and 1242, led by the general Subetai, the Mongols ravaged Hungary. At the Battle of Mohi, nearly the whole Hungarian army was slaughtered, up to 10,000 men. In the year after this defeat, as much as 25% of the population may have died due to the chaos ushered in by Mongol units having free rein over the Pannonian plain. . . .
Between 1396 and 1526, the Hungarians fought the Ottoman Turks for supremacy, ultimately losing. At the Battle of Mohacs, 14,000 Hungarian soldiers died, 1,000 nobles were killed, and 2,000 captured prisoners were executed. Hungary was partitioned between the Habsburgs of Austria and the Ottomans.
The rulers of Transylvania maintained some semblance of Magyar independence in their mountainous domain. Nevertheless, it is notable that the first two ruling Houses of Transylvania’s elective monarchy, the Zápolya and the Báthory, were not descended paternally from Conqueror lineages. Rather, they were Croat and German respectively.

The end result was that in terms of genetic distance, the Hungarians are closer to their European neighbors, bear few traces of the Conquerors, and few genetic traces of Uralic populations (another surprising face is that the Swedes bear genetic similarities to the Welsh people, despite the Welsh people have Celtic linguistic affinities that persist to today and the Swedes speaking a Germanic language).
Posted 12:20 PM
Email ThisBlogThis!Share to TwitterShare to FacebookShare to Pinterest
Labels: Europe, Finland, genetics, history, language, religion

What Jomon language? Is there a word list of Jomon words?

So Magyar leaders were Uralics, Huns were Turkish, today Hungarians are mixed, apparently.

There are words whose non-Jomon origins can be reliable determined, and there is strong circumstantial evidence that the language of the Ainu (whose territory extended much further South as recently as about 1000 CE) was part of the same language family as the Jomon language.

Ah, so you meant Ainu-Jomon.

@DDeden We don't need to make very strong statements about what language the Jomon spoke, although it was probably similar to that of the Ainu, to conclude that it was not incorporated into modern Japanese to a great extent, since the vast majority of its words can be reliably attributed to other sources.

Since you mention historic-era migrations in Europe recorded by contemporary scribes, we should also make mention of the Slavic migration to the Balkans and the Anglo-Saxon migration to what is now England and environs. According to the ancient and modern DNA results, both made bigger genetic impact than the Turkic migration to Anatolia for instance, especially the former.

The Justinian plague can explain why the Slavic invasion of the Balkans and the Anglo-Saxon invasion of large parts of Britain made such big genetic impacts, they probably both replenished lands severely diminished in population due to the plague.